The Bonus Track on “Renegade Angel” (track 13), has a bit of a story that goes along with it...

You may have listened to the album, said, “Oh this is cool”, then turned on track 13, and went, “Okay, that’s completely different than the rest of the album. It’s a different style, a different rhyme scheme, and has an innocent, story quality to it. Well, I’m here to tell you, there’s a reason for that. Let me paint you a picture...

Let’s go back in time to 2005, shall we? I’m ten years old, and just started to learn how to play guitar, less than a year ago, when I was nine. I’m sitting in my living room, and innocent little me suddenly decides she wants to write a song. So I break out a notepad and a pencil, and start jotting down whatever comes to mind. Now, keep in mind that I have pretty much zero life experience under my belt, and I’m addicted to cartoons at this point. So what would a ten year old write about? Her own cartoon creation, of course.

So, I pick up my guitar (I don’t know many chords, and I don’t know how to go about writing a song at this point, mind you), and I try to put some chords to the words I’ve written. I attempted it, and it wasn’t very good and I knew it, and needless to say, I eventually got frustrated and put the song aside.

Fast forward to 2018. I found the notebook, scribbled in by ten-year-old me, and a lightbulb went off in my brain. I already had two illustrated books under my belt, and I decided to make it three. It took a few months, but I took the lyrics I already had from 2005, and added a bunch more, and created the words for a new book. I then selected my favorite verses from those I had written, added chords (I know what I’m doing now!), and finally, FINALLY finished writing my first ever attempt at a song. And yes, the illustrated book is in the works, as well!

“The Coconut Kid and the Island Pixie” now lives in all its glory as track number 13 on my “Renegade Angel” album, and I know in my heart that it was written exactly when it was supposed to be. Not a moment too soon. Not a moment too late.

A song 15 years in the making.

***I’m going to rummage around and find that piece of paper again with the original lyrics I wrote back in 2005. Once I find it, I will scan it, and post it for everyone to see!***

You can listen to "The Coconut Kid and the Island Pixie" and more from my newest CD release "Renegade Angel" on Spotify, iTunes, AmazonMusic, Google Play, iHeartRadio, and more!

***EDIT*** As promised, here are photos of the original scribbles that eventually became "Coconut Kid & the Island Pixie"! 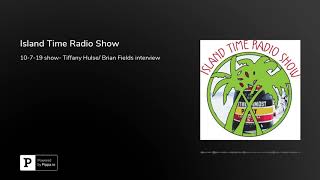 Come surf some Radio Waves with me!